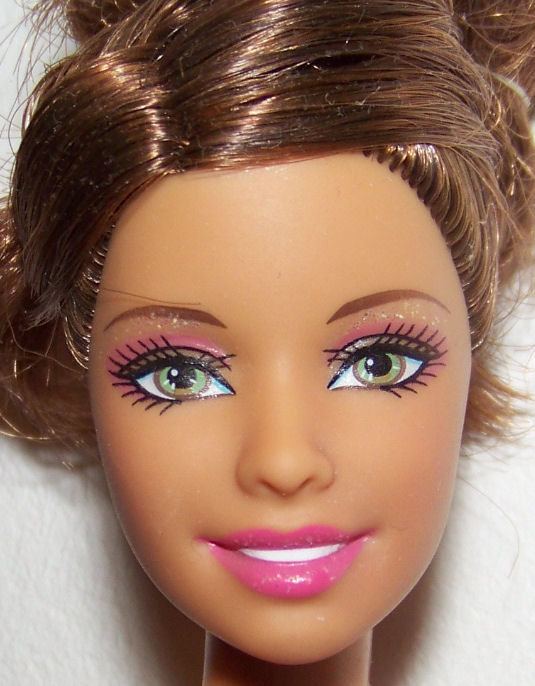 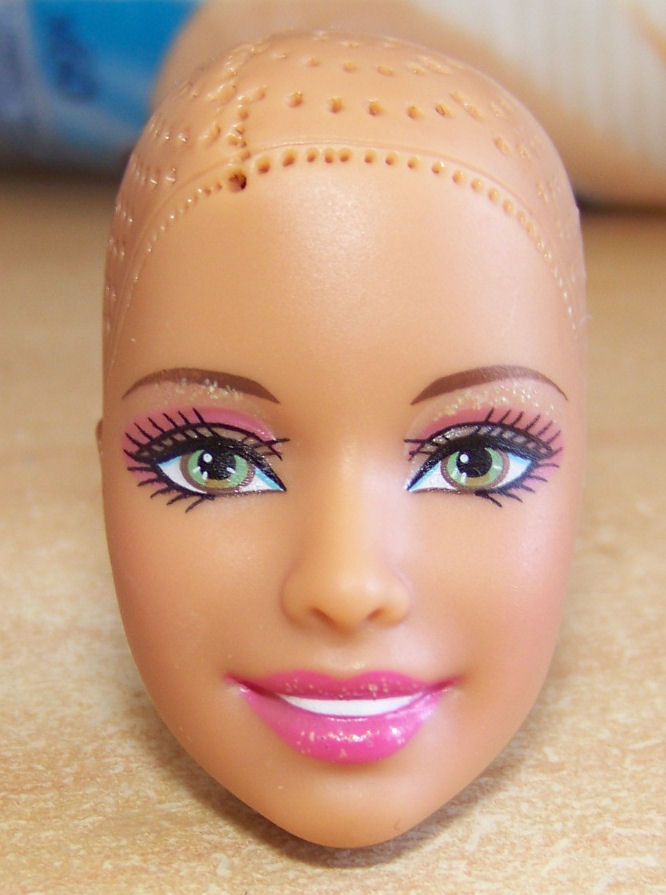 When I first got her, her hair seemed super sticky but I figured that it was just hair gel and that it would wash out. Soap didn’t help at all.
The stickyness was worse at the base of the hair and scalp was also very tacky so I tried using alcohol on the hair and scalp, first wipes then an alcohol bath.

In the end, after trying different solvents, I ended up removing all her hair and the contents of her head. 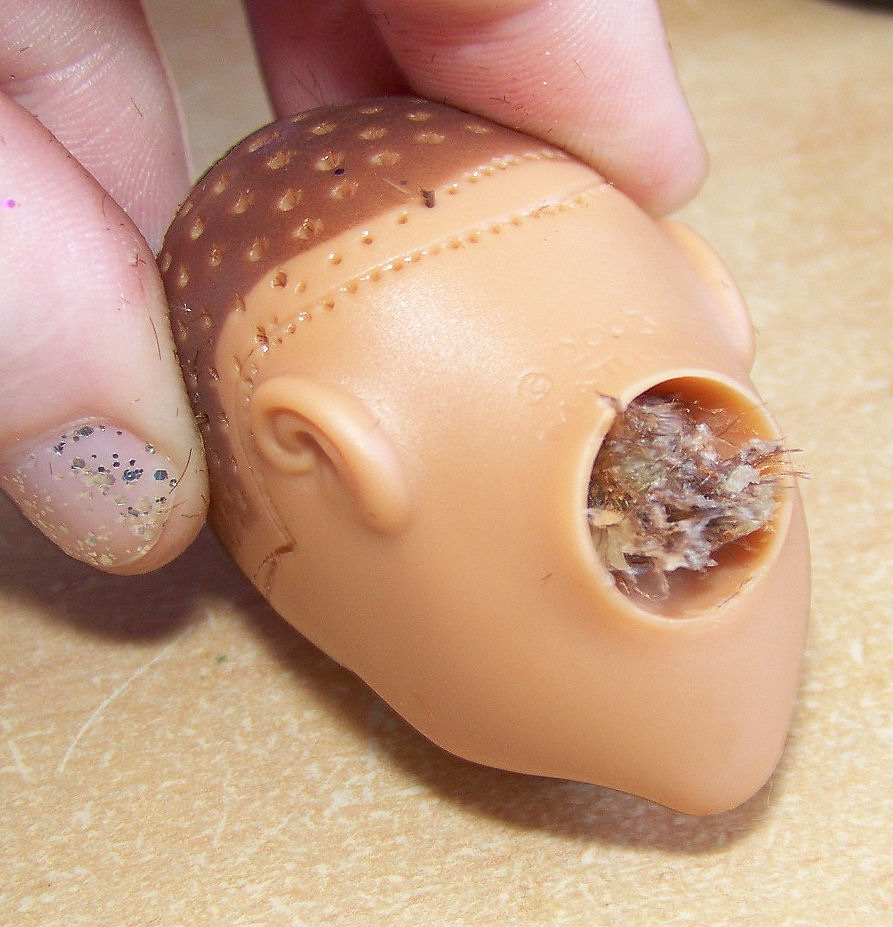 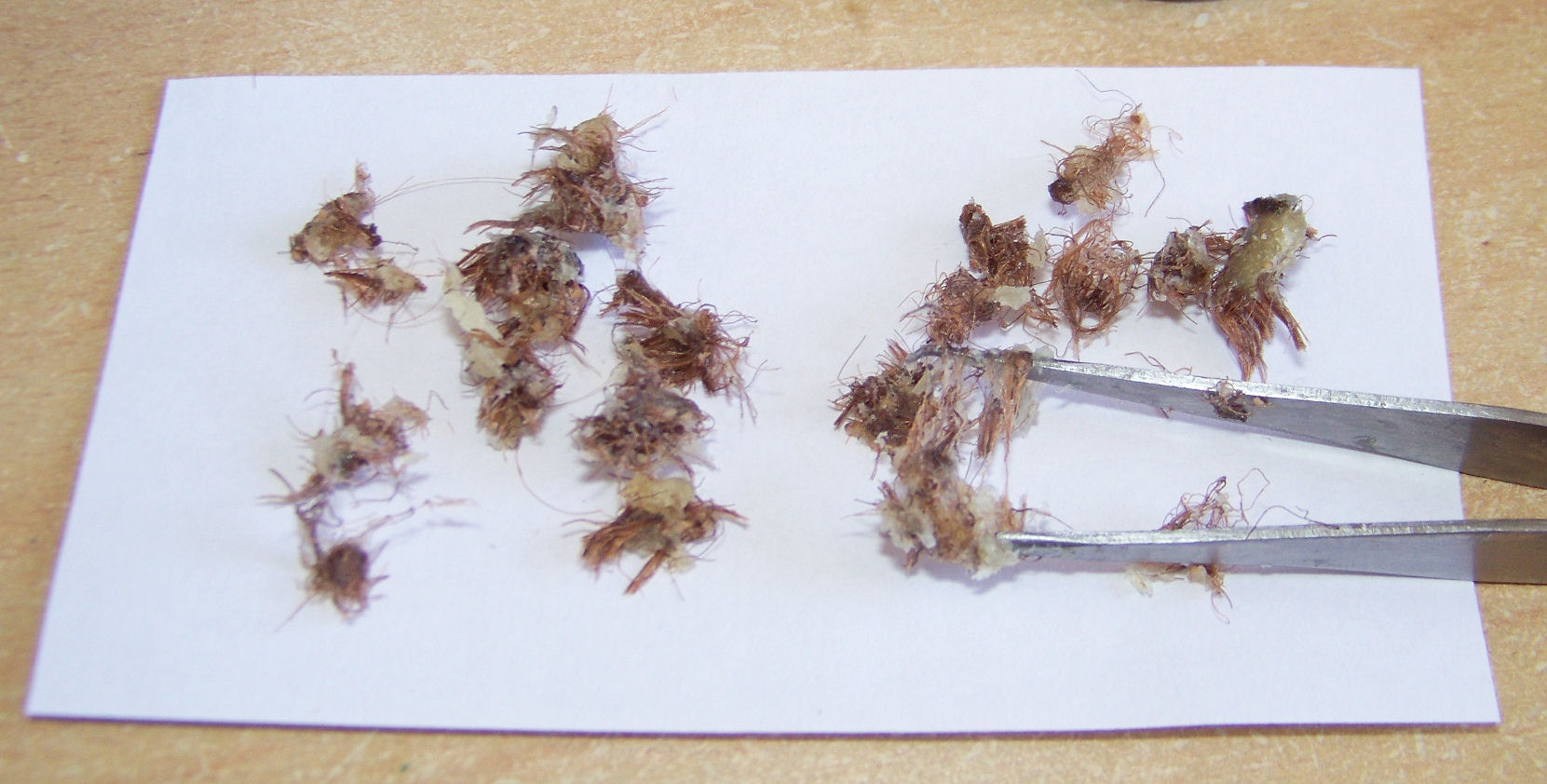 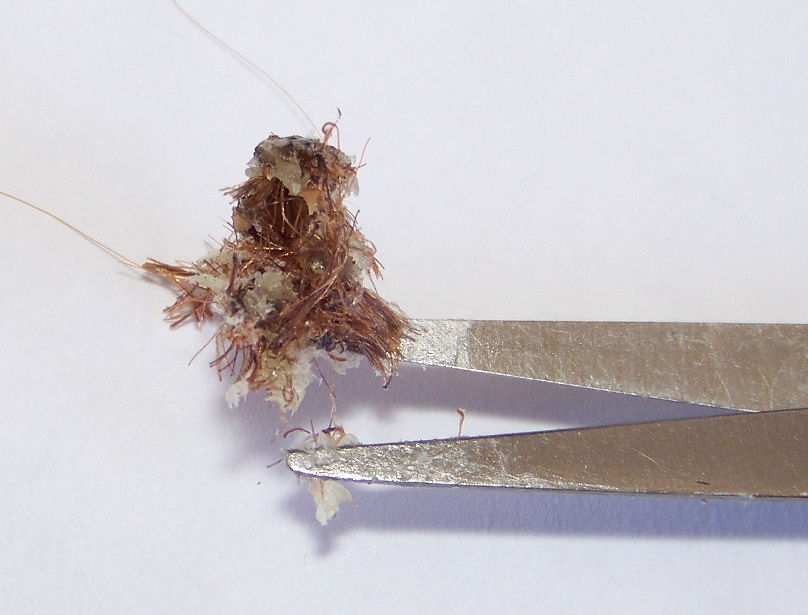 The gunk inside is horrible, it messed up my tools and is very very sticky to deal with. It’s hard to get out as it gunges up and forms a thick mass of hair/gunk that won’t pull through the neckhole.
Alcohol neutralises the tackiness but once it evaporates the stickiness is back.
Acetone does not dissolve the glue, neither does WD40.

Alexa is going to get a full reroot. It’s the only solution I’ve found so far to save the doll. I’m told this is a common issue with various Mattel Playline dolls such as Monster High. When I rerooted both a Gloom Beach Draculaura and a Basic Ghoulia, they both had this nasty glue sap gunk.
My Fairytopia Barbies from 2004 don’t have this issue.

Here are some links from other people who’ve had this issue with their dolls:
http://www.dollstuff.net/diary/200904041
http://dollsfromplanetmu.blogspot.fr/2012/08/monster-high-glue-seepage-problem-3.html 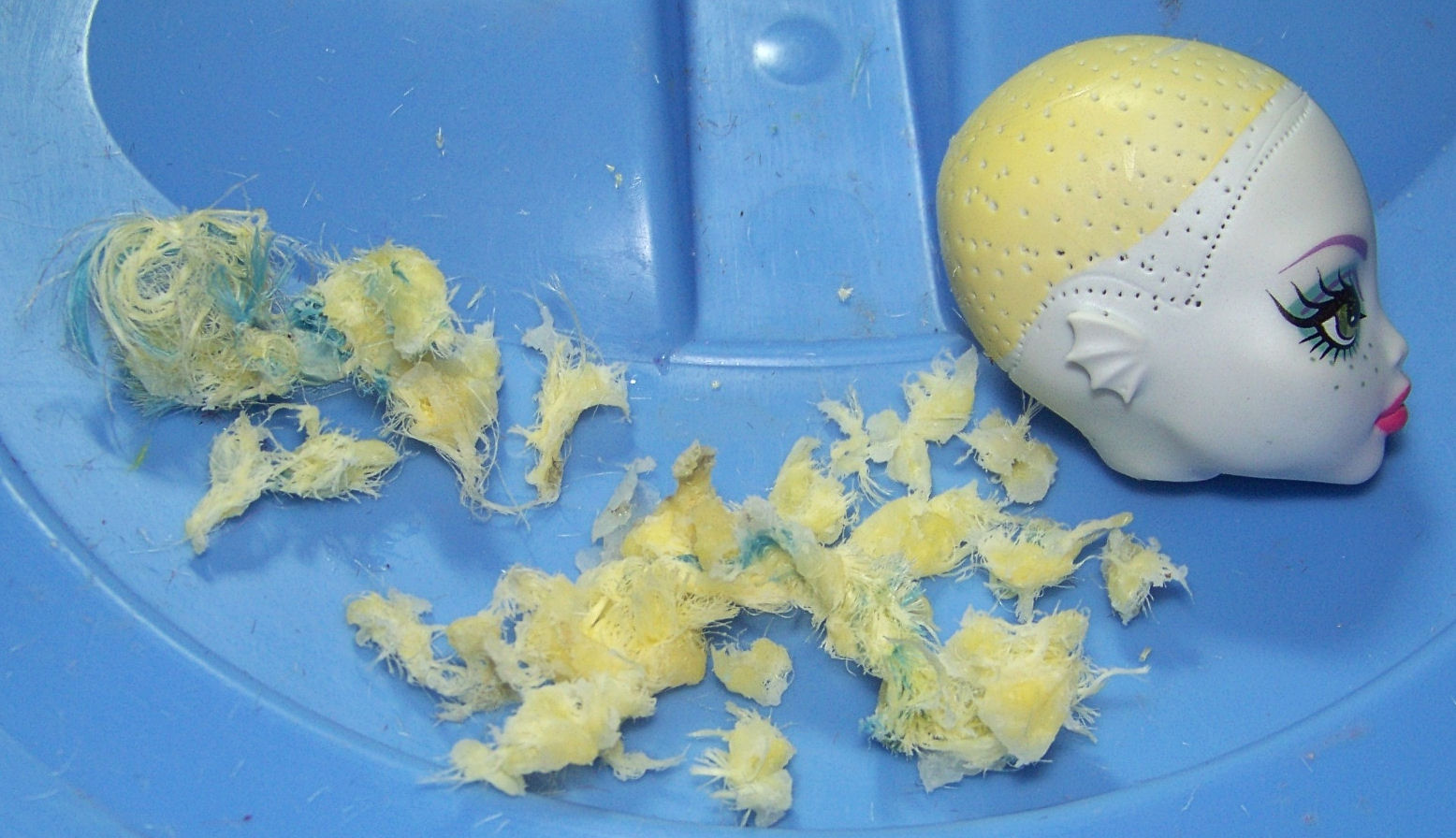 She’s made in China but has a head full of heavy translucent white glue that seeps when exposed to heat or water.
I bought two and both have the super heavy hard head. I had to heat this one in boiling water and use round nose pliers to get the glue out. It’s slightly less sticky than the beige/yellow glue used in other heads but heavier and harder.
However, both Dance Class Operettas have no glue…??? Mystery.
I’ve never had a glue problem with “made in china” monster high heads, just the indonesian ones so far.