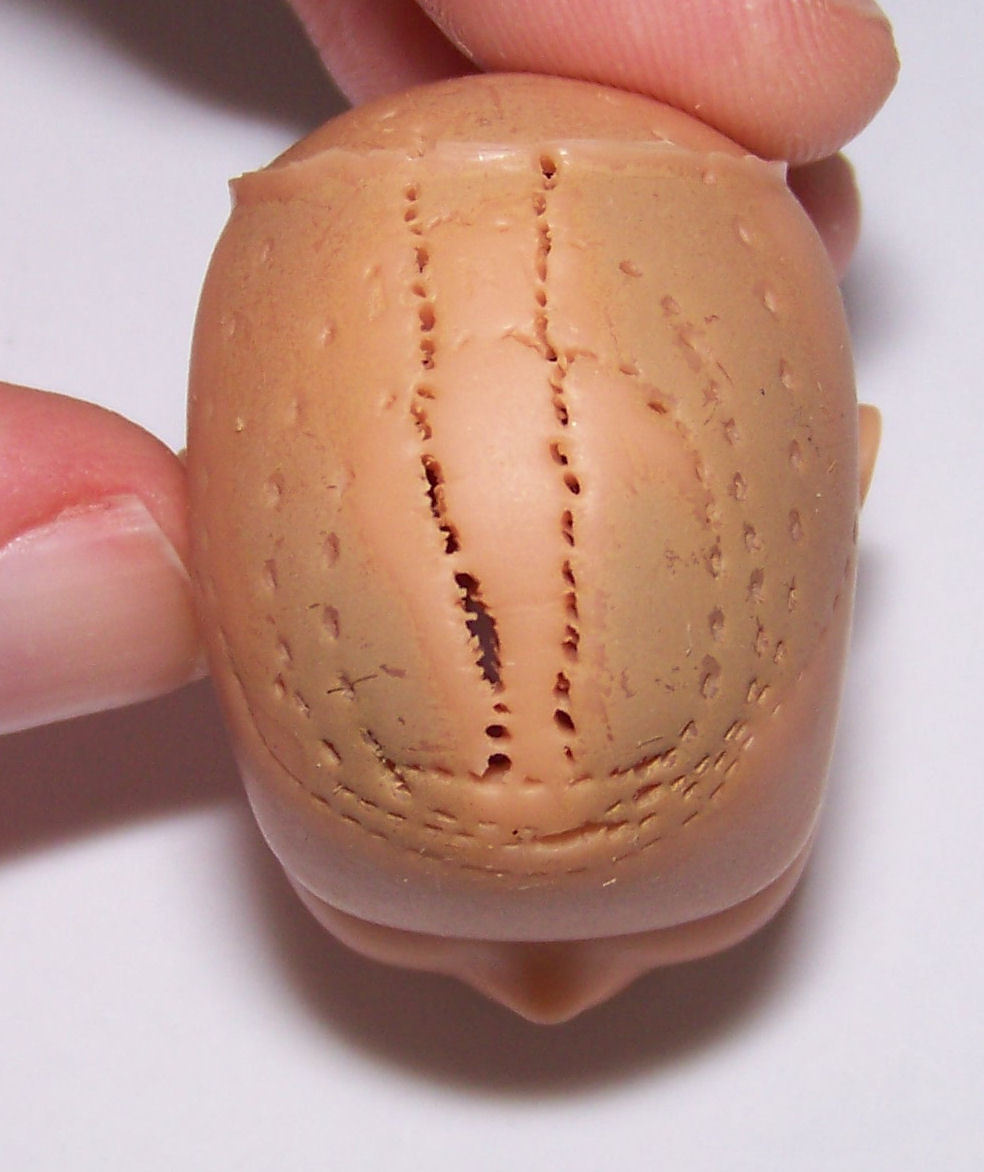 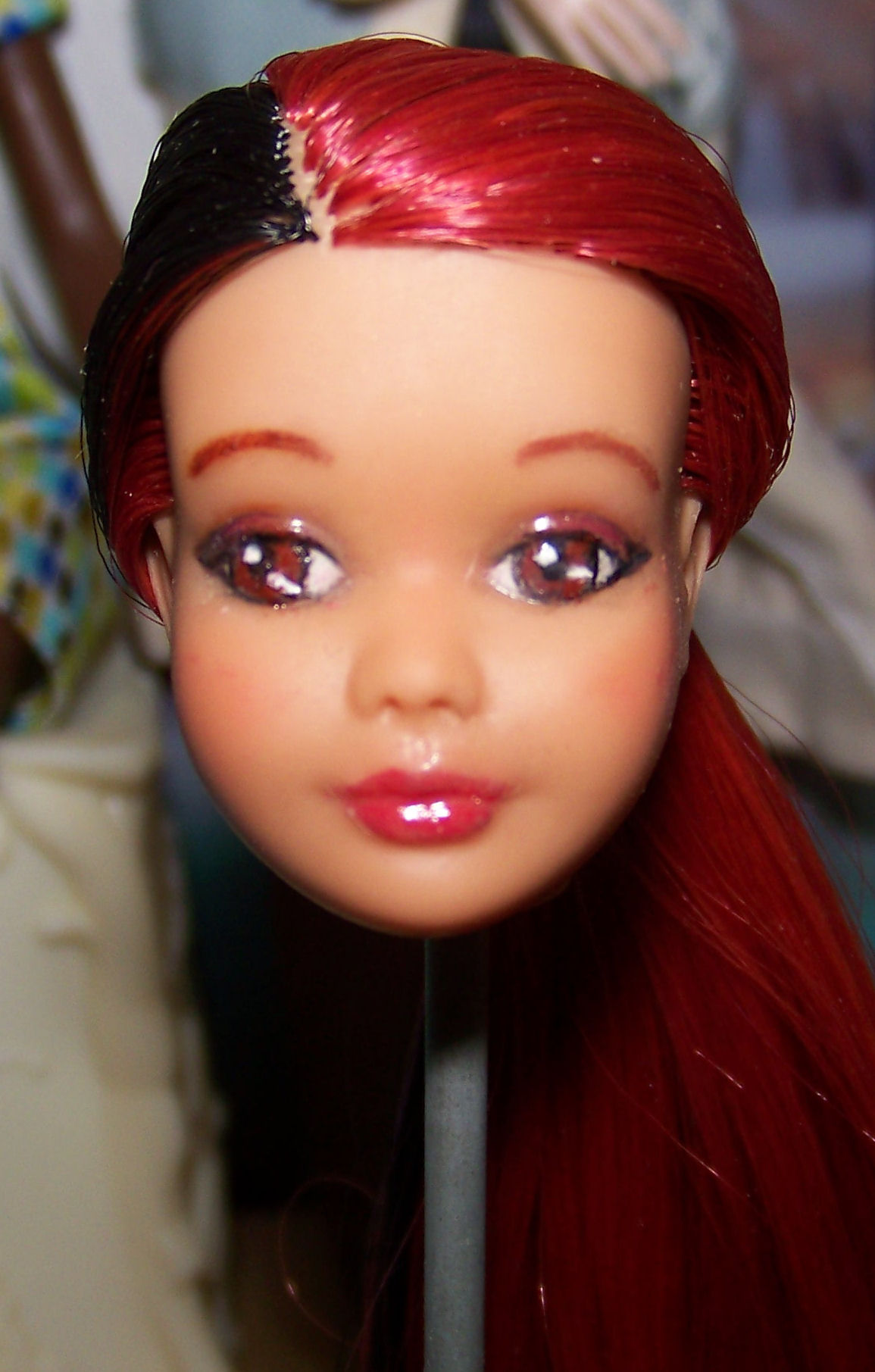 Saw this 1969 Julia Barbie on ebay in a TLC lot and knew I really wanted to try and fix her up. 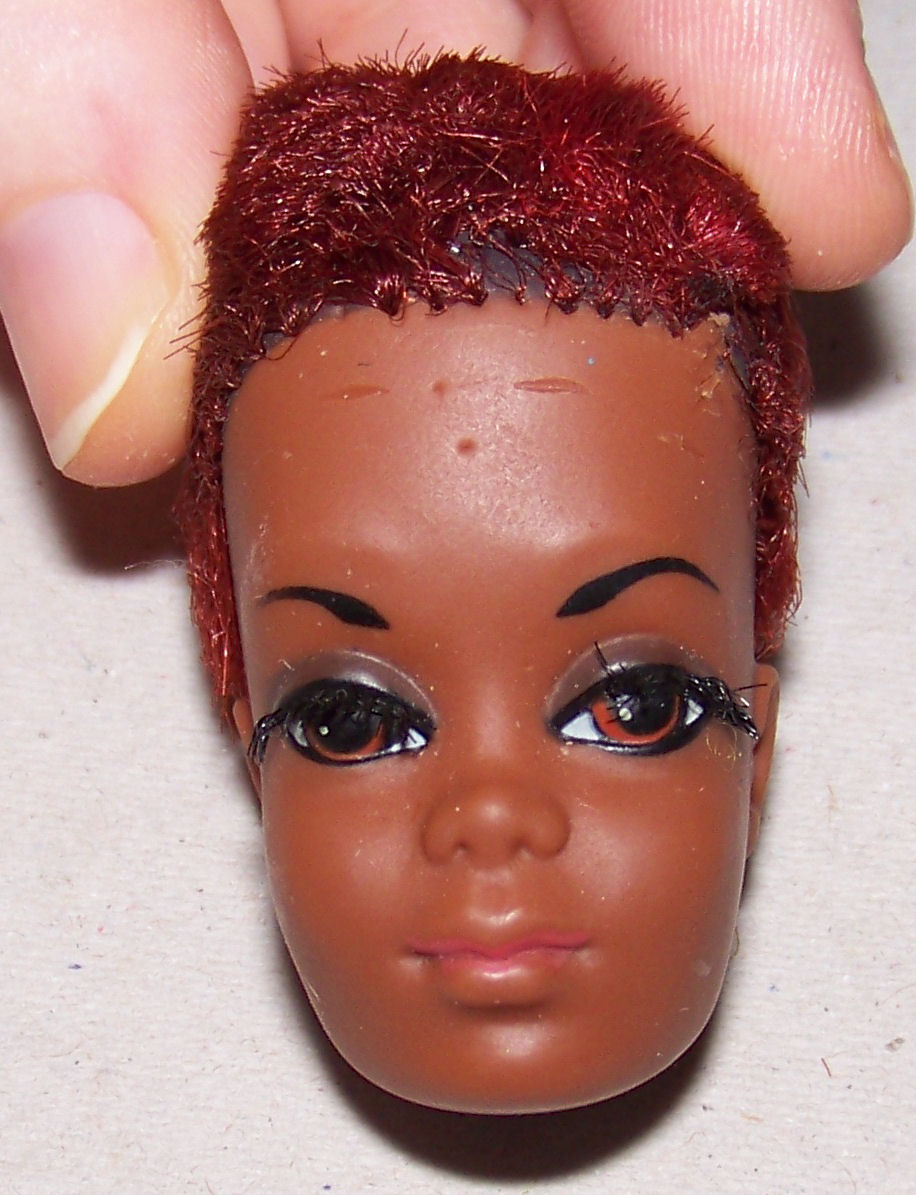 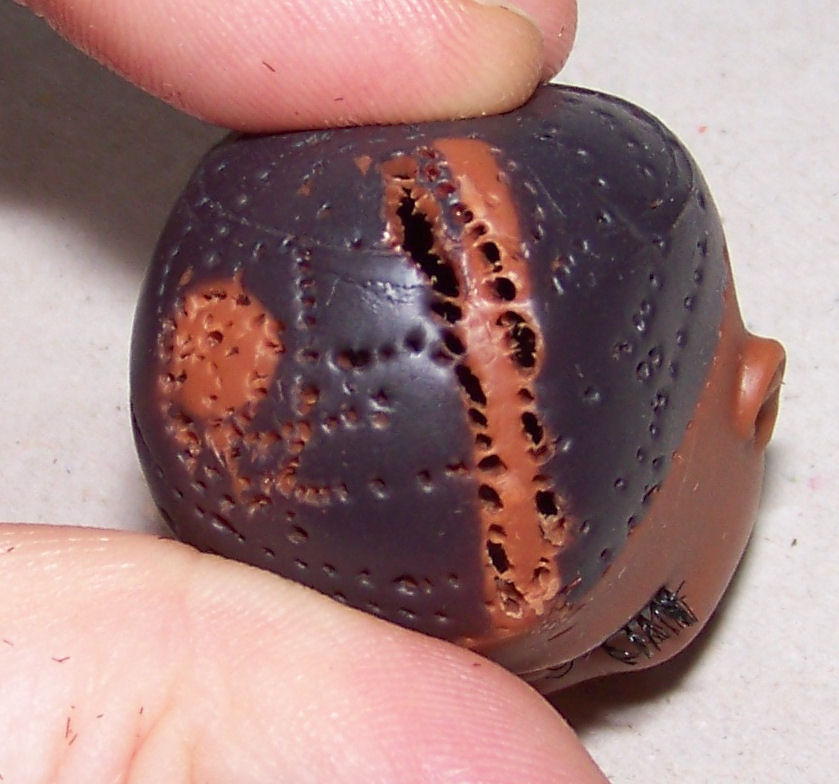 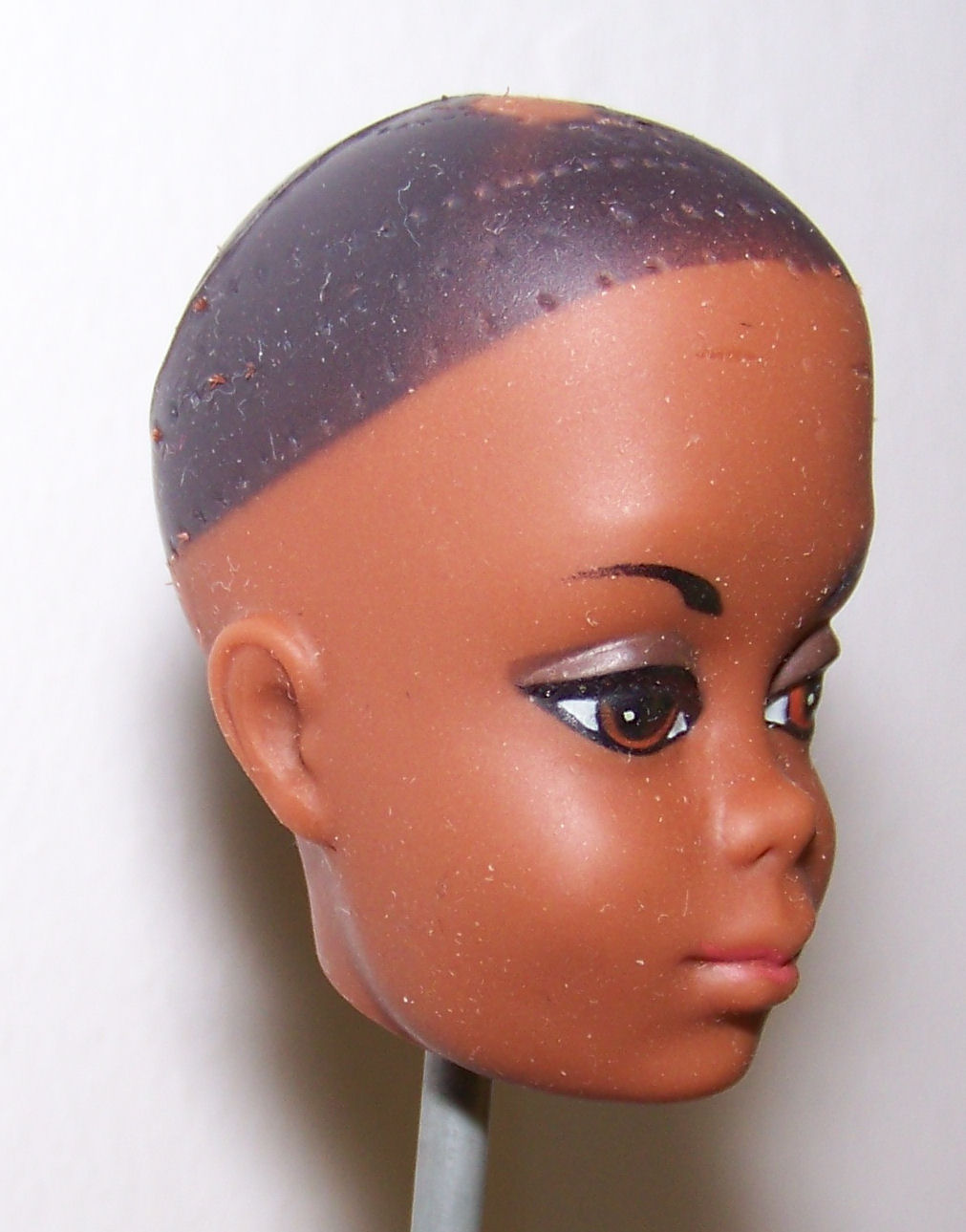 Her hair was so frazzled that it was crumbling to dust and someone really had a good ol slash at her, I have no idea why. I rerooted her with foam in her head and then used enough glue to make the top of her head solid to avoid any further tearing.

I decided to go with inky blue instead of the usual red, black or ruby. The last photo is the closest match to how she looks IRL but still much too red.

I’ve noticed that most Julias have their eyebrows printed lower than the little brow bumps on her sculpt. She looks nothing like Diahann Caroll but she does have the cutest profile! 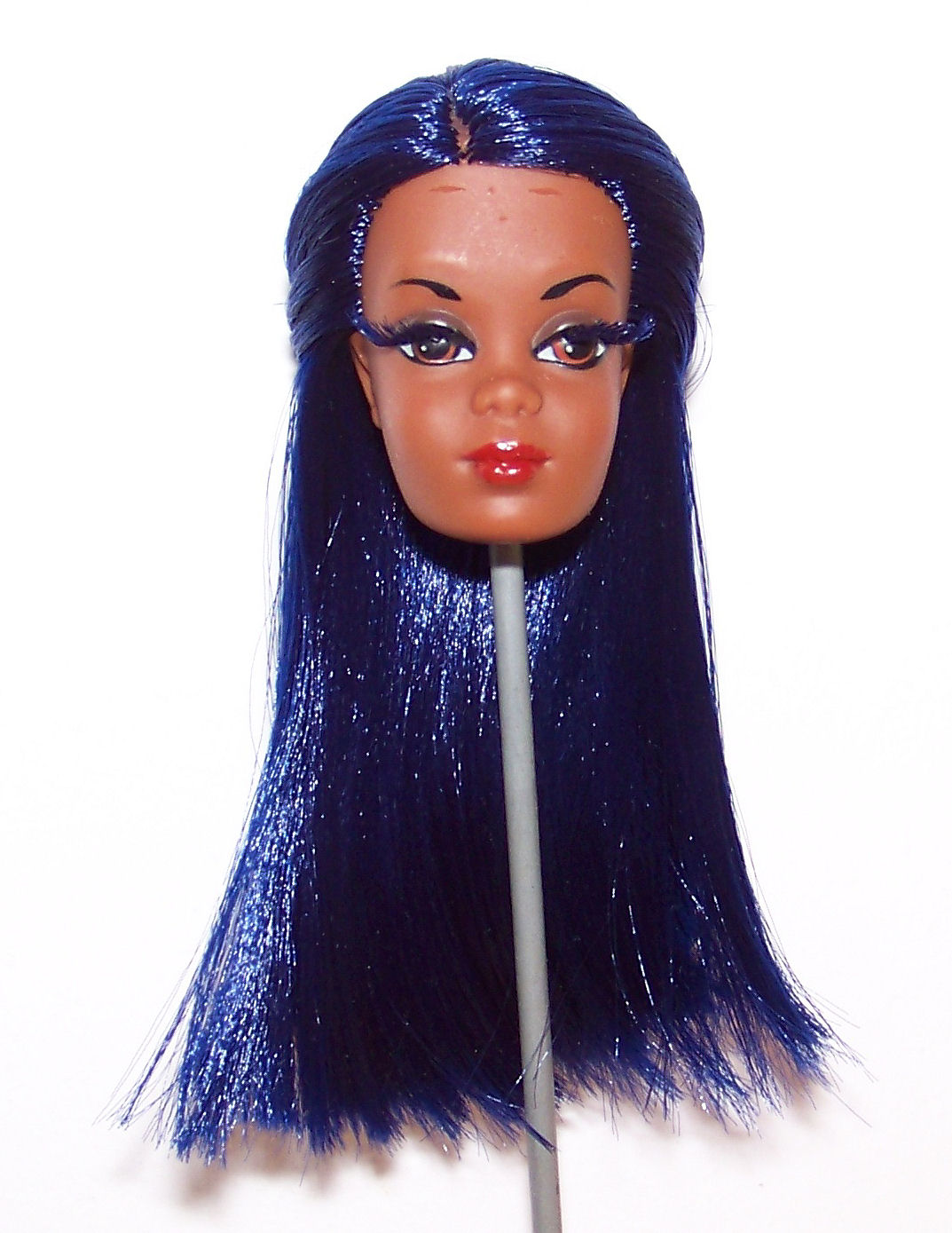 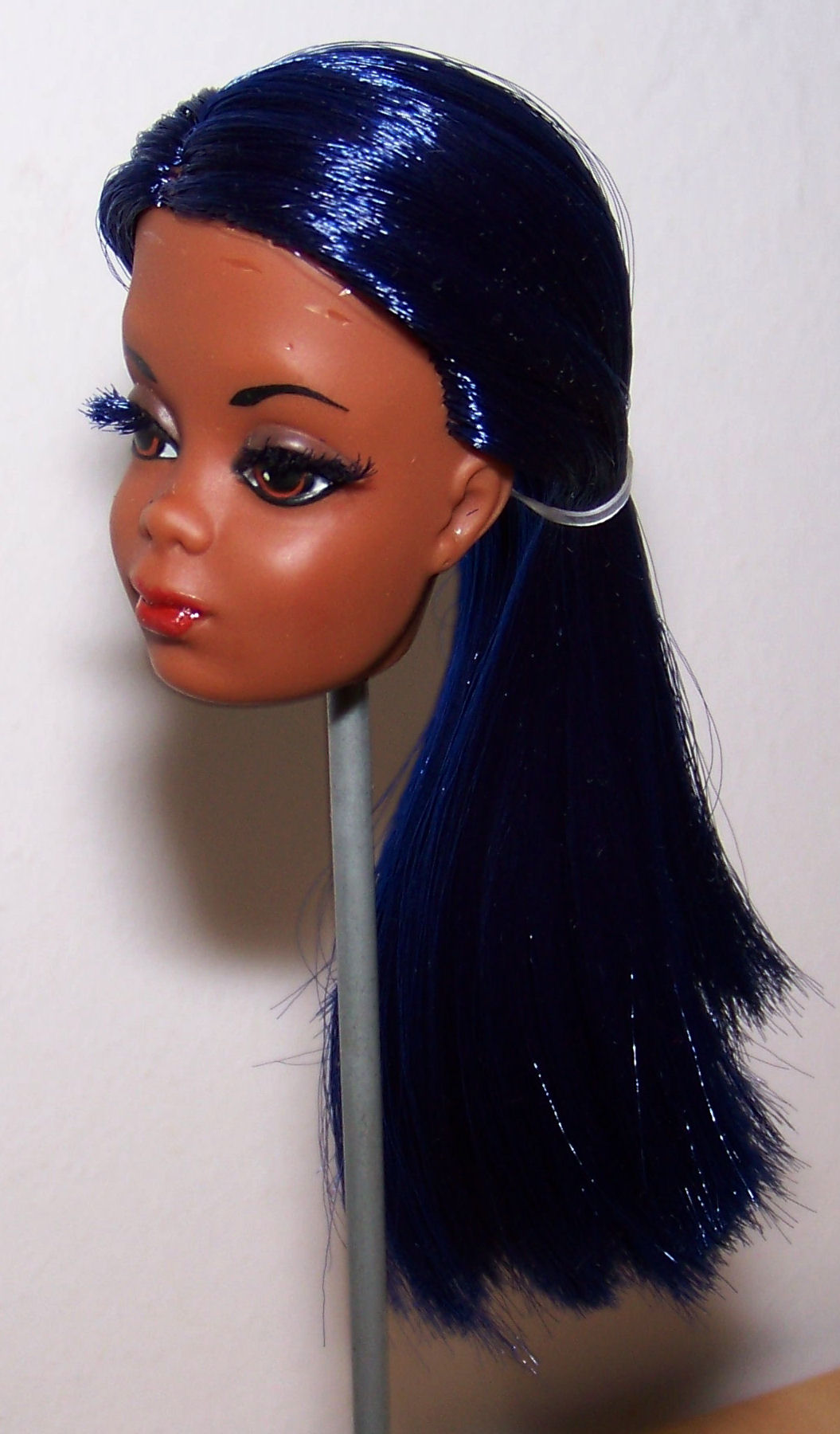 Her neck is smaller than your classic TNT/belly button body size (Repro Julia has a normal neck size) and I can’t possibly get my hands on a body dark enough and small enough here in france. I’d recommend finding a Francie body or maybe DCHC Bumblebee she’s a very close match to the 90s-2000s Nikki “light black”. 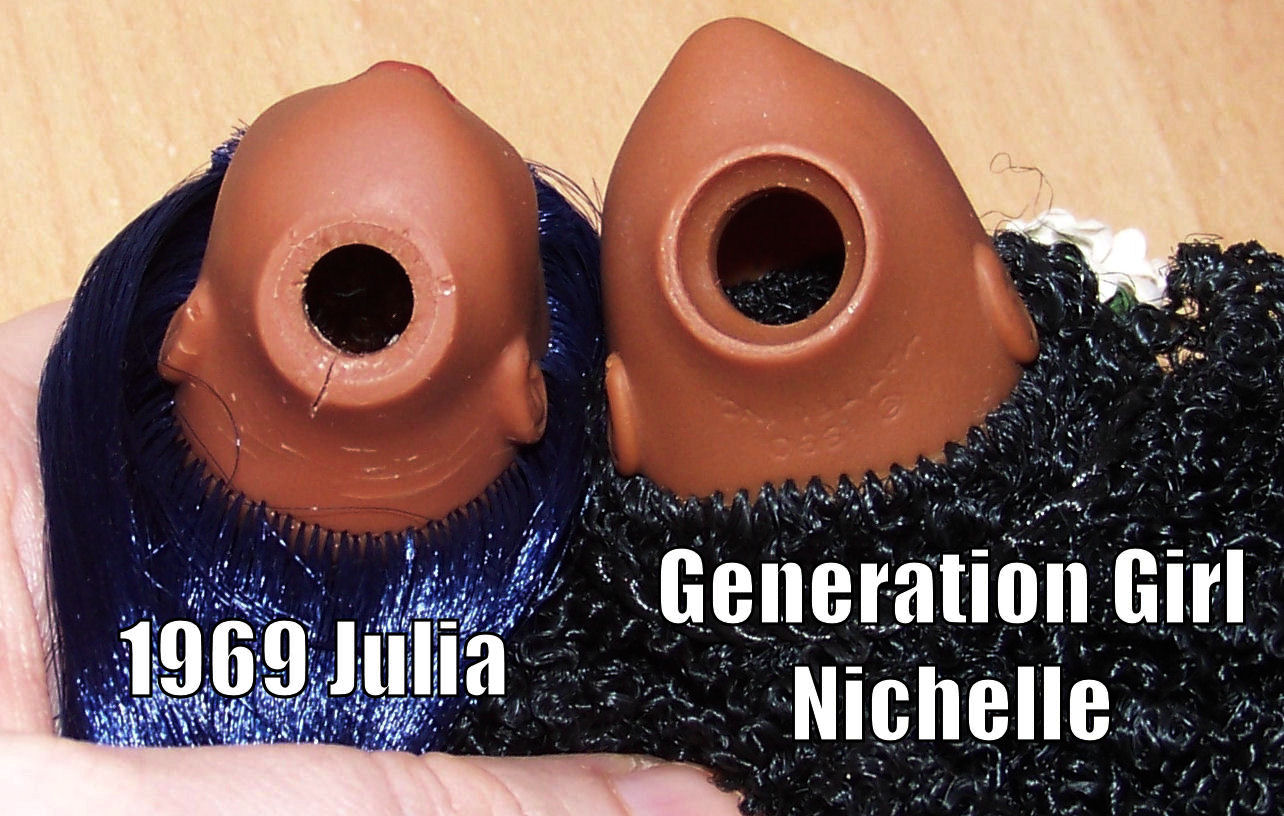