I gave up looking for a pullip eye mechanism over a year ago, the pullip secondary market for me is dispersed between like one barely used american forum and the wild west of french ebay where the market is 50% blythe customs titled pullip, 45% overpriced full customs that don’t sell or BNIB, 5% grainy tiny photos with no information. Hey, I got a Papin fixer upper for real cheap once but mostly it’s seriously damaged or knockoff doll roulette. Rida aka Benie I got from ebay UK before they started charging obscene amounts in postage and customs fees.

Pullip Rida’s been wearing acrylic eyes BJD style – except while the lastest custom was in pieces – for years. Which is fine, except Pullips don’t have magnets so you have the unscrew the whole thing if dusting the shelf accidentally knocks the eye back into the head…and that happens more than you’d expect.

I’d heard rumours of people making their own eyemechs but no tutorials and I can’t really see how it would work without creating something as complicated as the original which is a nifty lil piece of engineering: 2 eye stalks on springs yoked together so that they move in tandem plus two seperate eyelids on springs pushed by two levers to wink or blink.

Instead I decided I’d put the pointy part of chopstick into the half eye so that I could manoeuvre it from the outside using the eyelid lever holes on the head’s backplate. I figured I could move the eyes anywhere I wanted that way.
Here’s what I learned: chopsticks give you zero movement and more importantly the eye lever holes in the back of a pullip’s head are not at eye level at all.

So here’s the revised eye stalks (cotton buds, I’ve since removed all cotton, not exactly clean looking – also removed the plastic filaments stuck to the eyes)
Thermo plastic + a cotton bud stalk at the very bottom of the eye at a 90 degree angle 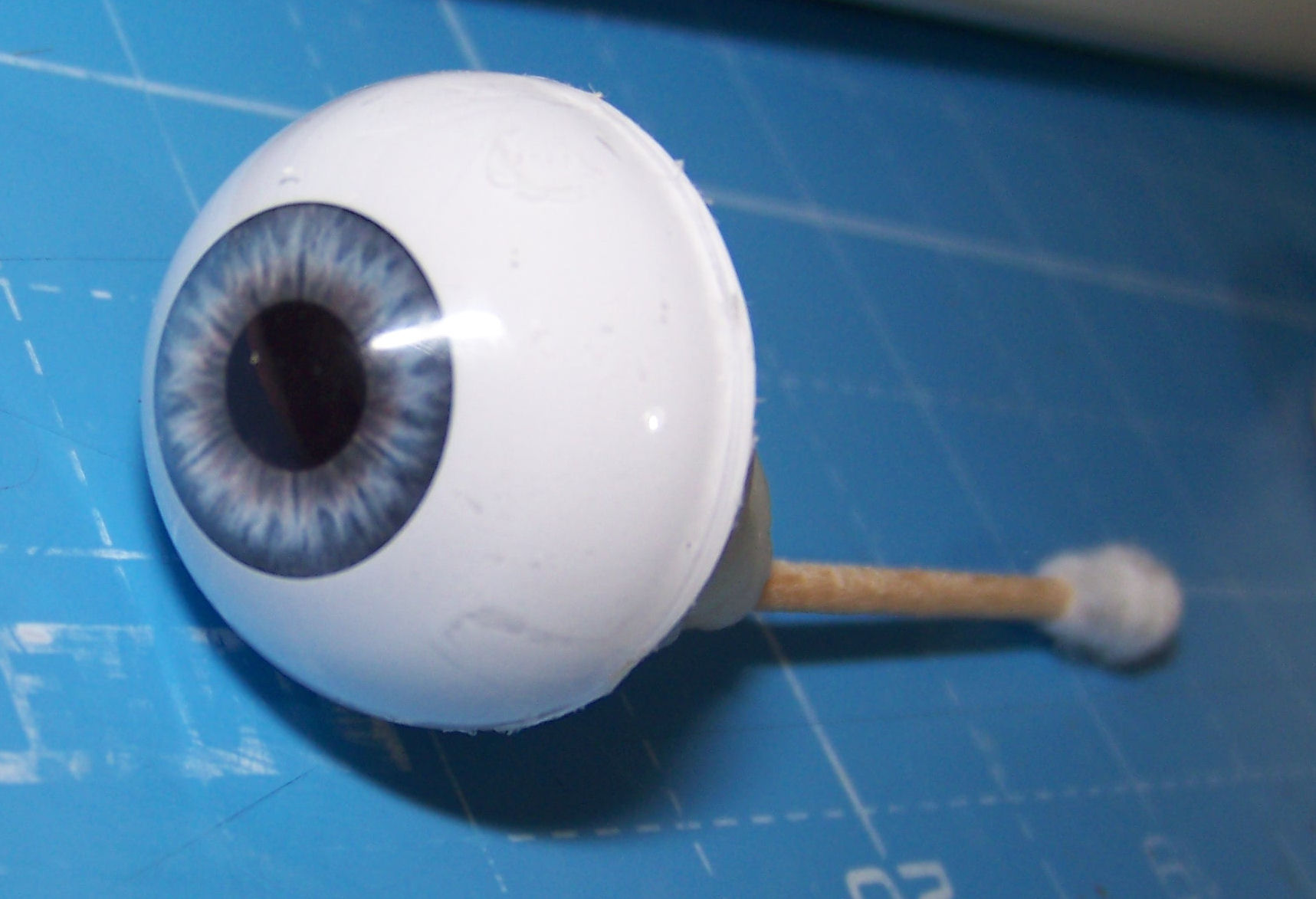 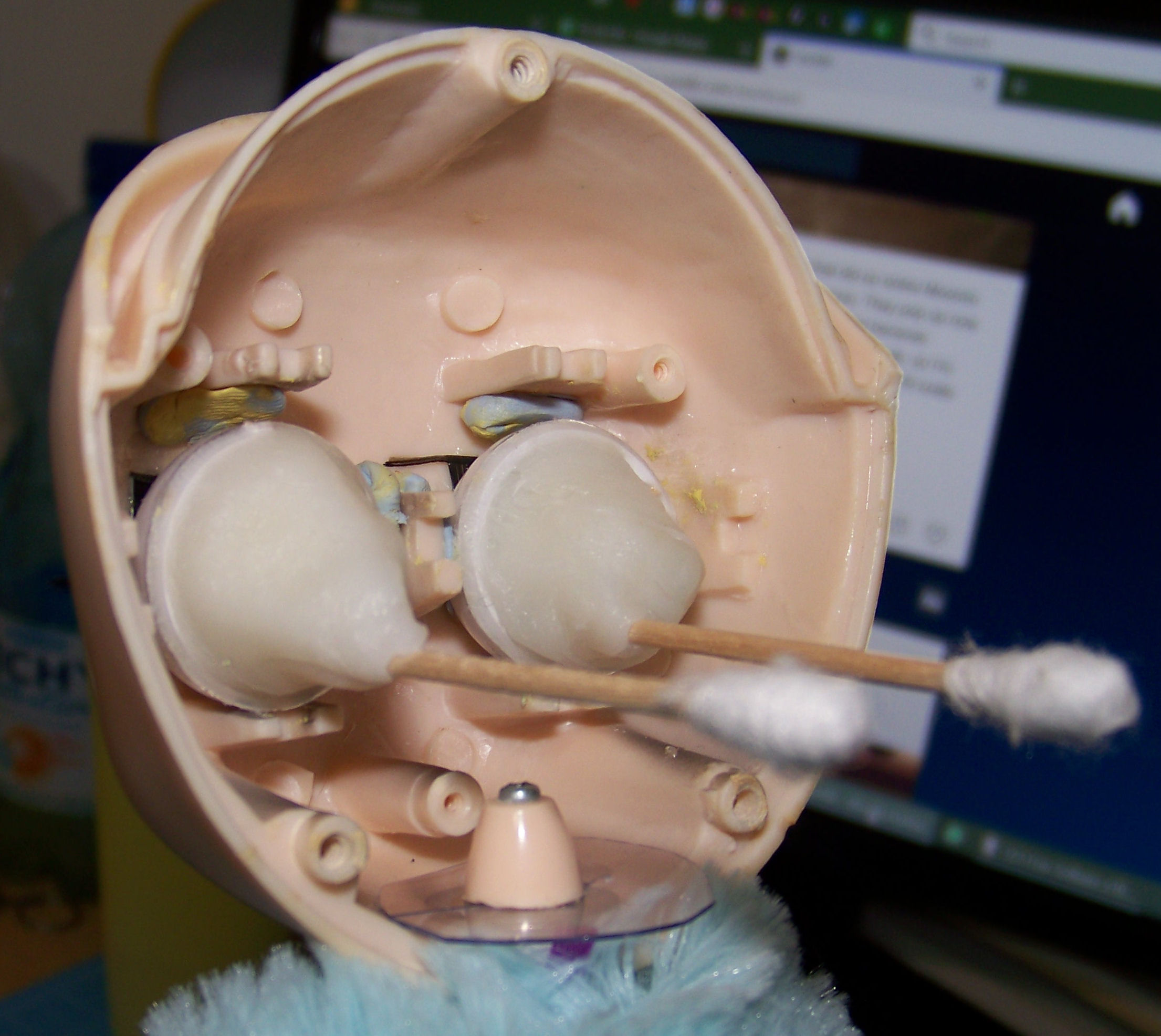 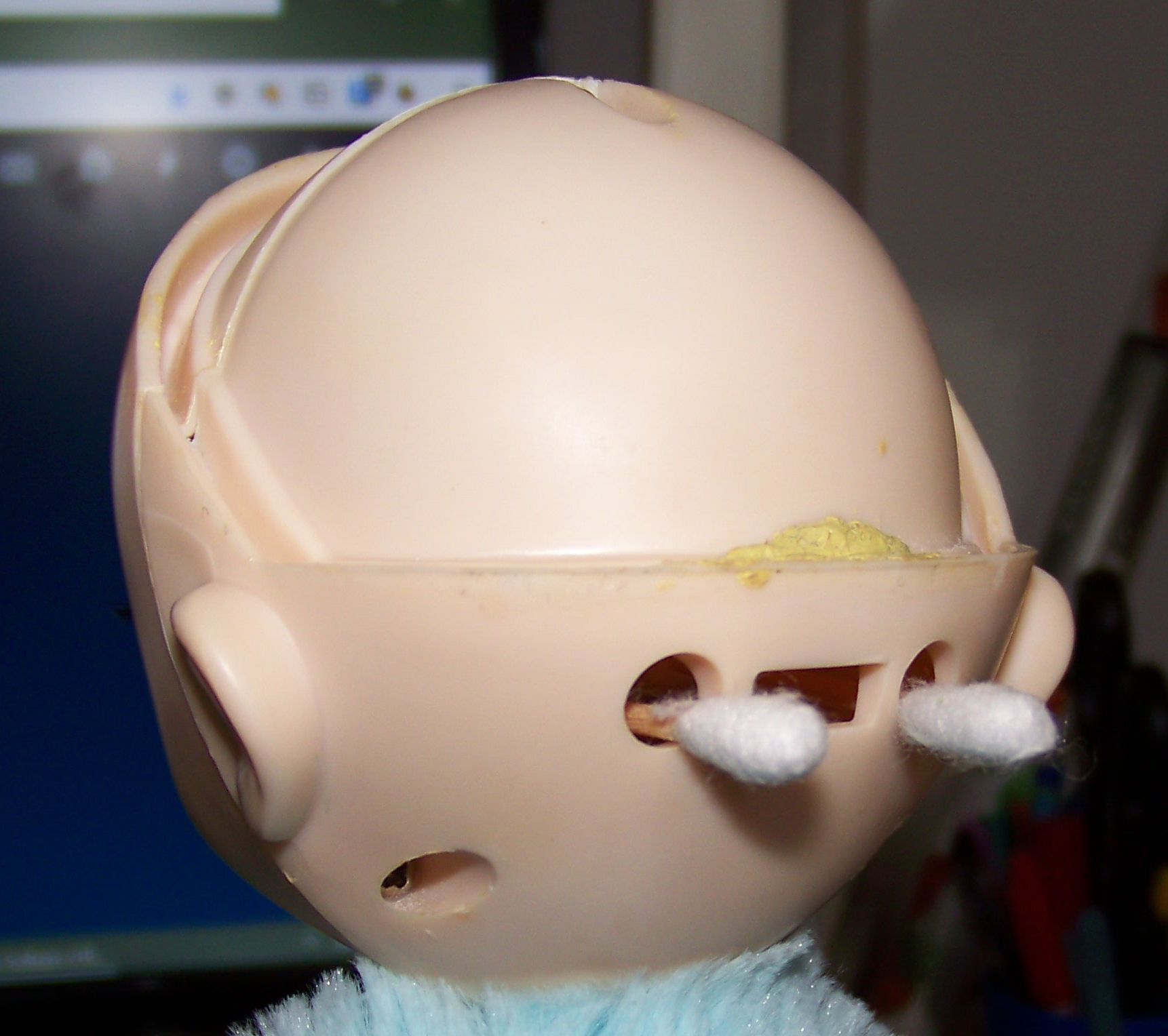 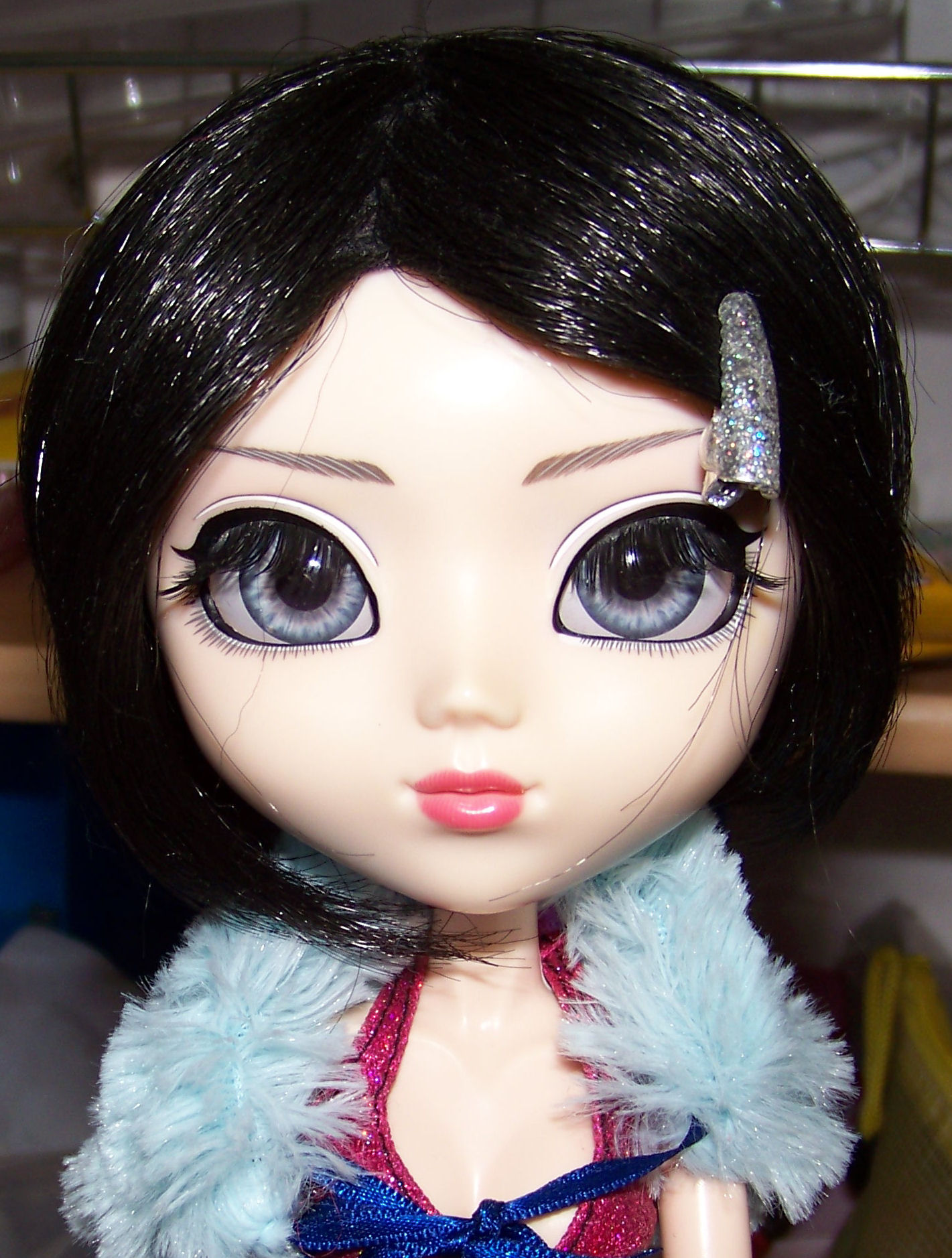 Now if the spirit moves me someday, I could try a different eye stalk angle by putting the eyes in a cup of boiling water to make the thermoplastic soft again, move the stick and see if that gives more movement or I could try attaching both stalks to a piece of plastic and moving that with it’s own lever but I really doubt that they would align properly given how complex eye mechs are: it would be too stiff and you’d end up with wonkeye.

That’s my feeble contribution to all those stuck without an eyemech for their Pullip. Enjoy!