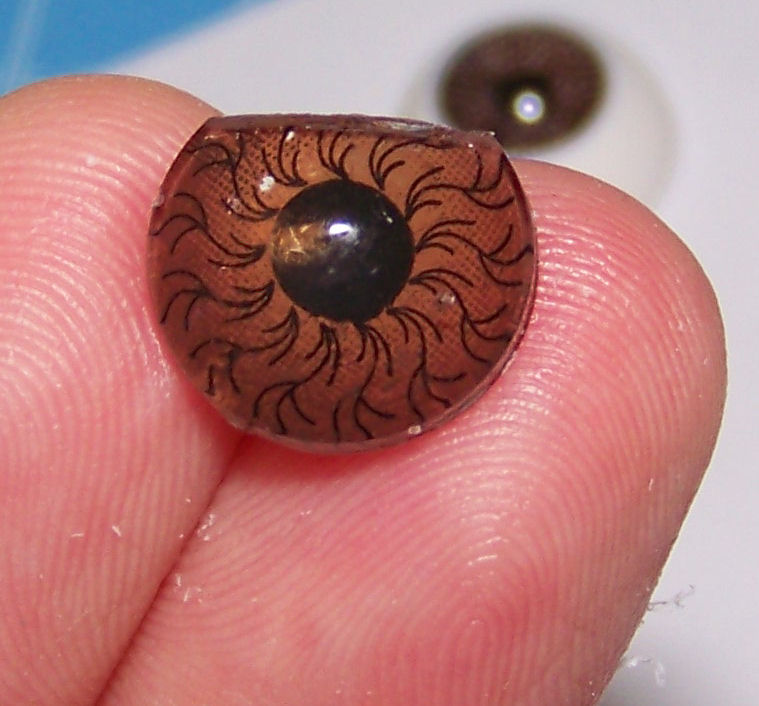 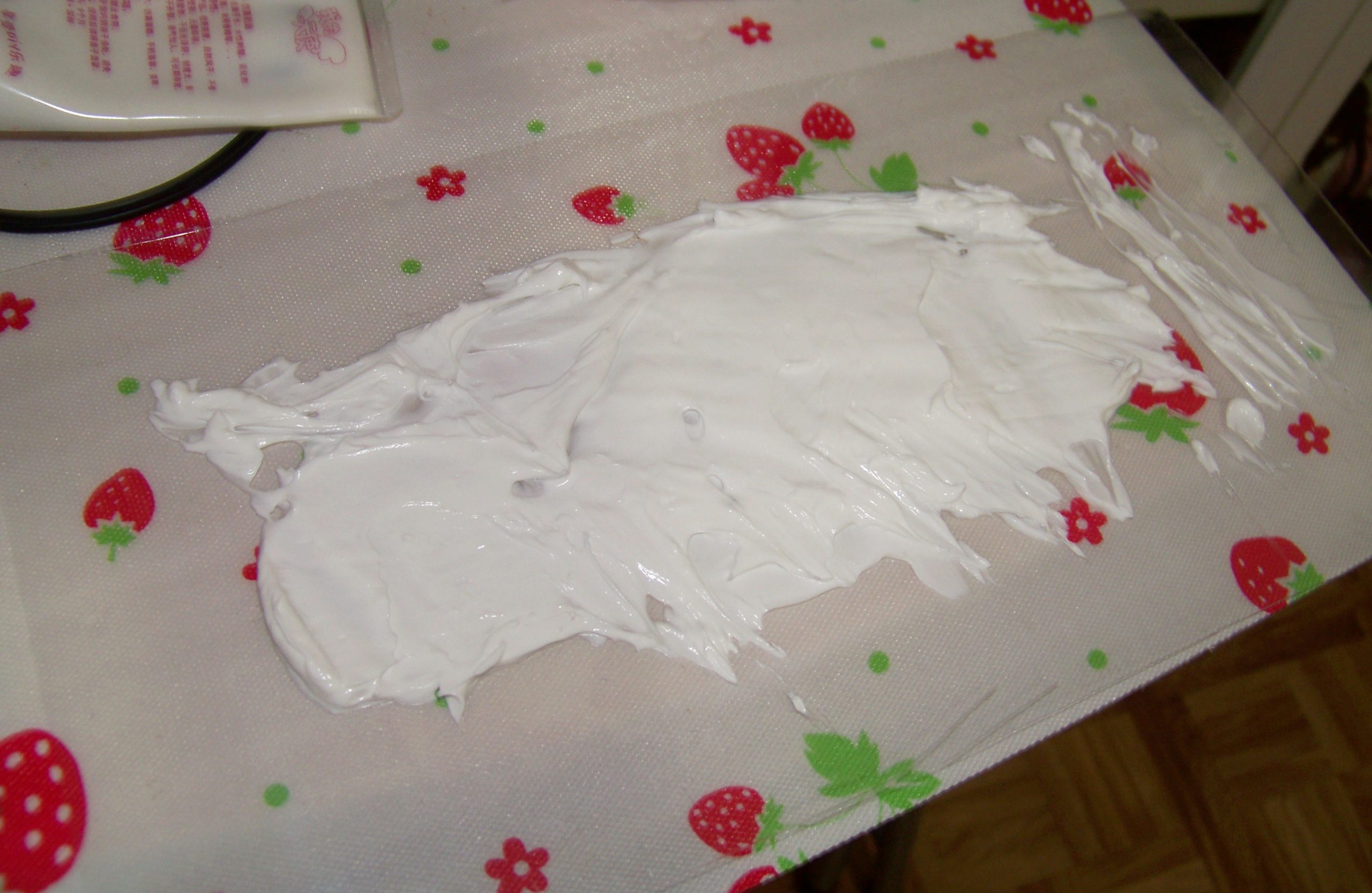 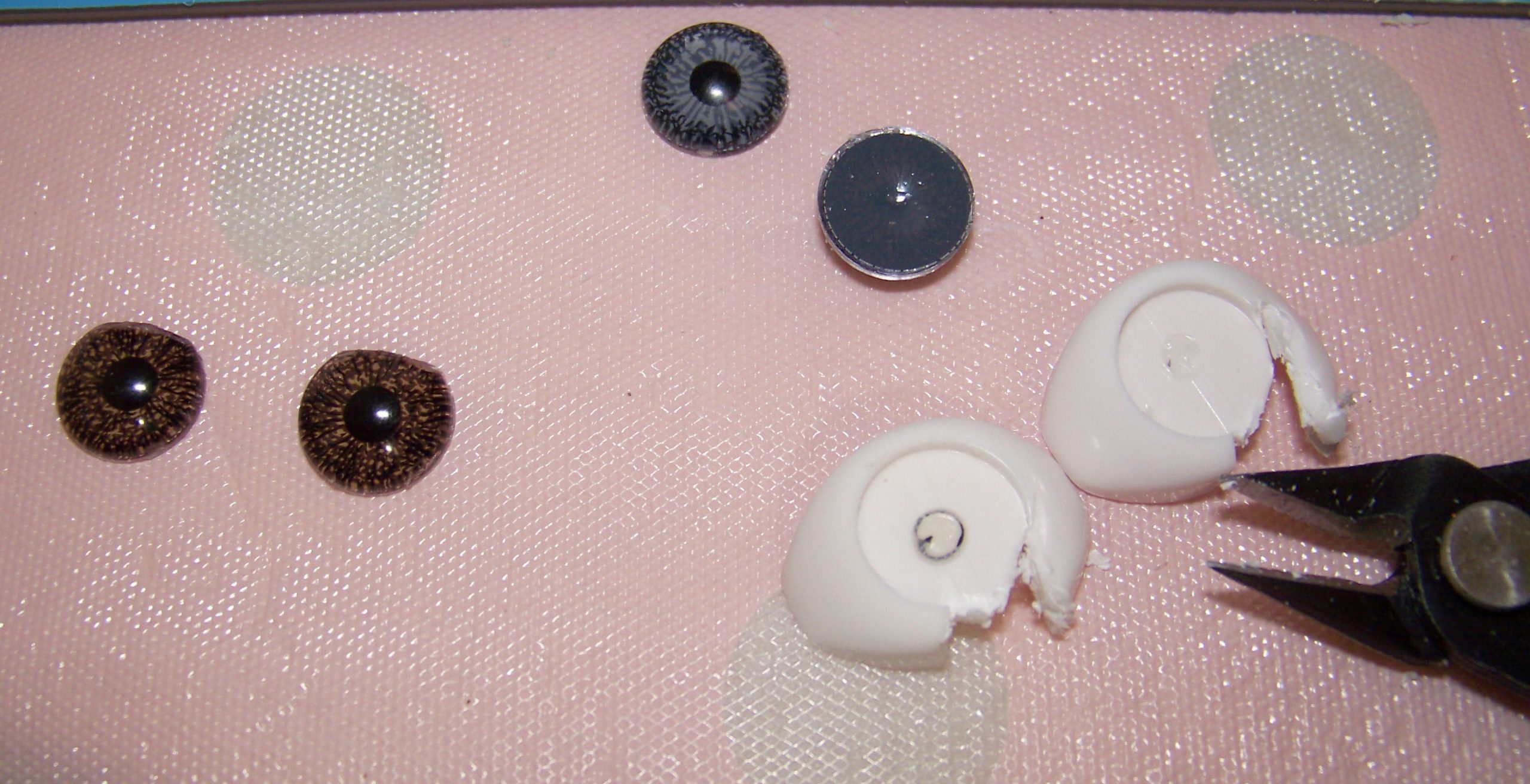 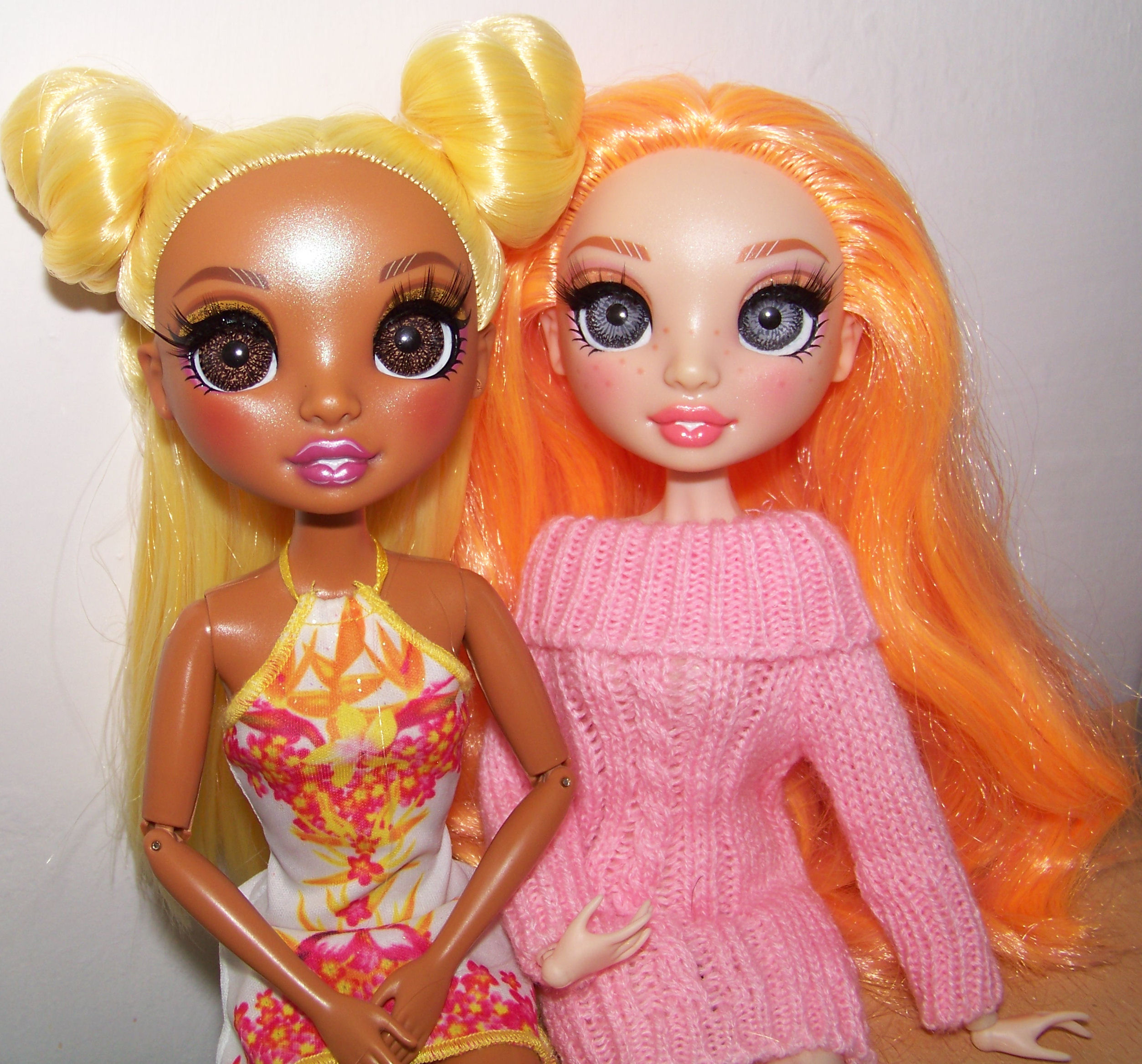 -12 plastic cabochons  (Amaya’s were lifted from cheap 20mm eyes with a cone dome, The two others from 22×16.5 from aliexpress.com/store/2825042) cut with wirecutters to have a flat top with any jagged bits sanded on a metal nail buffer. You could also use pullip/blythe eyechips but do not use glass and !! DO use protective glasses, shards of plastic go flying in every direction !!

–Placed on silicone/caulk in the form of décoden cream (also used paperclay and milliput) which would not dry so I slapped it on my hands and rubbed until it turned into teeny tiny sausages which then got squished together into a putty that then annoyingly dries too fast LMAO. Push into a round shape, squidge into the eyewells and make an indent with your finger where you want the iris to go. Place the iris then squish down hard so that the caulk rises around it and then smooth with your fingers. Using a tool left marks as you can see on Poppy.

-Human eyelashes cut down to about 12mm and placed with the longer lashes on the outside (they’re a bit extra: I might trim them someday) attached using glue and a craft knife to slide them in. set in place overnight using white or clear elastic bands (other colours will stain)

Work with the doll’s hair carefully tied back and with the head removed from the body so you can push from inside the head using a chopstick if you put the chip in wrong.

If you want to be able to switch out chips make sure to gently remove the eyechips before the whole thing dries.

I haven’t yet figured out permanent bodies yet, Sunny is lightbrown and Poppy is that shade of obitsu white that’s a cream with no pink undertone.

I’ve just tidied both their eyes since seeing high def photos, but taking photos during the process would avoid that.

Amaya’s eyechips were badly banged up and her eyemaking process slapdash (I had repainted her black eyeliner and the silicone just picked it up so I had to pull out bits of black) not to mention her lashes got damaged so I might make new ones but for real I need airdry clay of some sort instead of improvising alternatives with everything from drywall repair to plumbers epoxy to décoden icing.